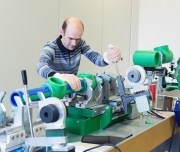 Aviv was the owner and CEO of a company, and led marketing and business development. Most sales and growth were in overseas markets, and Aviv personally managed activity in key countries. He spent a lot of time on marketing trips and knew all the overseas clients and distributors.

Multiplication – A Tool of the Systematic Inventive Thinking (SIT) Method

One of the immediate and daily examples for this technique, also mentioned in the book, is shaving razors. Until 1971 only one blade was commonly used. Then Gillette released a razor with two blades: one pulls the hair and the second cuts it.
Later, they added a third, and even fourth, blades. I stopped at three blades.

In this part I mean to focus with more detail on each method, and see the differences between the levels of familiarity with the method and its use, and the success it generated. As you'll see, there are methods which are widely used but fail to generate success, while contrastingly there are methods which are rarely used, but the majority of managers who've used them report success.

I examined 13 well-known and proven management methods from all over the world, which I myself use, and asked the participants to rank them through three questions: familiarity with the method, experience with the method, and how successful it was for them.

This is the last chapter from my new book: Manage! Best Value Practices for Effective Management. the full book is can be purchesed on Amazon. The purpose of this book is to provide a fresh look on how you can improve business results by making your company matter to your employees.

One CEO once told me he often gives advance commitment for unrealistic delivery times he has no possibility of reaching. But if he doesn't commit to brief delivery times, he won't get the order.

In the past, when I managed a company that manufactured and supplied office furniture to institutions, I began my term by visiting the delivery area to find out how deliveries are handled. To my surprise, I discovered that there was no follow up on packing lists and that the drivers didn't always turn them in.

What is the Kanban system and how can it help us both in our businesses and at home?

Just keep one spare tube in the drawer. When the current one is finished, take out the new one, take it out of its box, but don't throw the box away. Place the empty box in the same place as your shopping list, as a reminder of what you need to buy. By the time you use up the present tube of toothpaste, you will have bought a new tube on a routine shopping trip at the drug store or supermarket.

If we have product trees, where the materials composing the final product are detailed, it is easy to work in the IT system to link the materials requiring movement from the warehouse for production and packing of the product sold or entering the warehouse before sale.

Just in Time Inventory Management – is there such a thing?

The CEO of that company led the business and marketing development and wanted to ensure that they would never lack product to supply orders, and therefore their warehouses were full of product that turned out to be defective.

At a major public company's plant, output was never measured. Production planning was performed on the basis of machine work hours for each product, and there was no control undertaken on this either. As the objective is to produce some kind of product, or to provide a service, we need to measure output and not the hours during which we have manufactured or planned production.

If a motor burns out because it is old, and it is ten years old, and if our objective is to prevent breakdowns, then we must replace all the motors approaching or exceeding this age. In order to attain the root cause for a breakdown, we can use what is known as the "fishbone" technique, or the 5 Whys.

How do you maintain 5S over the years?

More than a few companies have begun to implement the 5S method on a high scale, even attaining excellent results, and after a certain amount of time, the excitement fades, we stop maintaining and promoting the improvement and the achievements disappear. 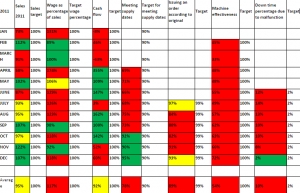 Many companies wish to improve their performance and seek strategic advice as well as marketing or organizational development strategies, and when they receive advice, opposition emerges throughout the organization and ultimately this advice remains untouched in a book.

Thirteen important management principles to build a growing company and generate profit: A lecture in Prof. Dov Zohar’s seminar for MBA course at The Technion, Israel Institute of Technology.