How to Reward Employees for Proposing improvement Measures?

In his book, One Small Step Can Change Your Life: The Kaizen Way, Dr. Robert Maurer writes that a very popular Kaizen technique in Japan is employee improvement proposals – with almost 75% of employees taking part.

In the US such proposal schemes – sometimes no more than a box hanging on a wall – have very low participation rates: usually no more than 25% at best. In japan, companies adopt 95% of employee proposals, while in the US – only 38%.

What's the Cause of This Difference?

Maurer claims the main difference between employee proposal schemes in Japan and the US is the types of rewards given to participants.

American companies reward participants based on how much money was saved for the company as a result of their proposal. The rewards average 458 USD. Comparatively, Japanese rewards average 3.88 USD (less than a hundredth of American rewards).

The American approach is well intentioned and even logical, Maurer adds, but fails almost every time. It encourages employees to focus only on big ideas with a substantial enough impact to result in a high reward.

And I ask, where's the line between creative ideas, that an engineer or maintenance worker are required to come up with as part of their work, and an improvement proposal that garners a reward?

The same question applies to managers. The CEO and senior executives should deal with challenges and bring creative ideas to the table. At what point in the management-chain do good ideas stop being a job requirement and start getting rewards? What about ideas from shift-managers or team-leaders? Are those part of the job, or should they be rewards the same as regular employees?

Maurer further claims that because of the American focus on big ideas, smaller ones – which could be practical and efficient but don't have immediate monetary results – are left unsaid.

Toyota, he writes, have 1.5 million employee proposals a year, and 95% of them are implemented. Every year Toyota's president gives a prize to the best proposal of the year. The prize is a fountain pen. I'm sure the employee who receives this prize from the company's president is extremely proud, the prize's value to them far exceeding any monetary reward they would have gotten in the American system.

What's at the Root of the Japanese Approach?

According to Maurer, Japanese managers tend to give small rewards, following the rational that large external rewards curb the inner natural drive for excellence. Big impressive rewards replace "intrinsic motivation" (a term coined by William Edwards Deming). Deming understood that most people want to be proud of their work and have meaningful contributions.

Why do we expect executives to contribute to the company's success and goals, but don’t expect the same of employees?

In a previously published article, I discussed the power of appreciation in motivating people. The same principle applies here. We come to work to get a paycheck, but that's not the only reason. Salaries are a reason to choose an employer, or change one. But, once in a job, we seek further rewards, and if none are available, often change jobs, even for a lower paying one.

The most important reward people want is to be meaningful. We each look for a meaning. It strengthens our egos, gives us value. Where we feel disrespected or not valued, we'll lose motivation and become discontent.

When that happens, we go looking for a different workplace, or are often absent. Employee turnover and absences is the main issue I encounter in all companies I work with. Doesn’t matter the type of industry, if it's a shop, a hotel, or a high-tech company. It's also one of the most popular subject on this blog (see for example here).

Young employees, who are braver in making changes and have a greater desire to be meaningful than their parents' generation, will keep changing workplaces until they find what they're looking for.

The solution for employee turnover and absences comes exactly from the place of improvement proposals. Where employees feel they're valued, appreciated by their managers, and meaningful – they'll contribute, not look to change jobs, show up for work, and come up with improvement proposals.

When you put a small box in an out of the way place, with a note saying "improvement proposals", you tell your employees: "we don’t really care about your ideas".

The next question is what you do with proposals you've gotten. If you truly want them, you need to have a procedure regarding what to do with them. For example, once a week or two, open the proposals box, give employees immediate feedback and thank them for their contribution, and promise to examine it and get back to them in a set time (e.g. in a month).

This procedure must be known and you must follow it if you value yourself.

The third stage is examining the proposals. You should gather a team, including also technical people, which will discuss proposals. At the end of each meeting, employees will receive feedback and be told if their proposal was accepted, and why.

Toyota implements 95% of proposals. Is that the same in your company?

How Open Are Your Engineers to Employees' Ideas?

Are Japanese employees more talented and have better ideas than those in the start-up nation?

I'm aware that engineers who spent years studying and training often find it difficult to accept an idea from a "simple employee" who didn’t study engineering. An employee who gained knowledge spending long days working the same machine, and who has common sense and a brain.

Here we need an open mind and to understand that an employee having a good idea doesn’t make us "worse engineers".

See the below photo, which demonstrates a way of soliciting proposals in one of the good companies I know. This box is located in the center of the production floor, is opened weekly, and once a month a technological team meets to discuss all proposals.

The more they're open to ideas coming from employees and appreciate them, the more ideas they'll get. 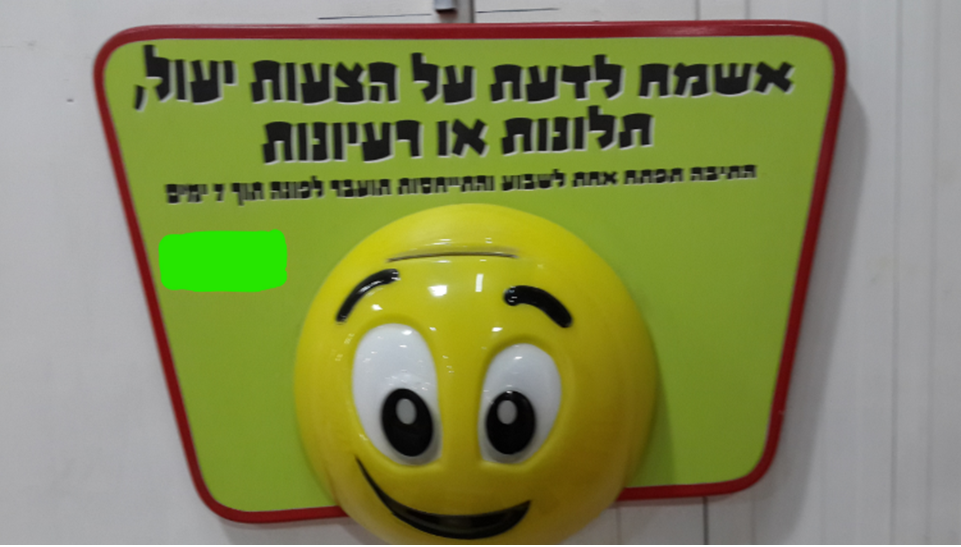 [Image description: a sign reading (in Hebrew) "I'll be happy to know of improvement proposals, complaints or ideas. The box will be opened once a week and feedback will be given within 7 days".]

Let's Close the Circle and Get Back to Rewarding Proposals

Even though I've known for years that money doesn't cause motivation (even when it motivates us to move from one workplace to another), and even though the damage caused by monetary rewards for proposals as been clear to me for years – I was surprised when I first read Robert Maurer's book. He compares the American and Japanese approaches, and the data speaks for itself.

The real reward for employees is their sense of being meaningful, important to the company, and appreciated. Monetary rewards assume money is employees' only motivator and that they don’t care about their workplace.

Non-monetary rewards – but that are appreciative and show employees management cares about their ideas – empower them, give them pride, and encourage them to keep contributing to the company.

In this article I showed the difference between monetary rewards for improvement proposals, and rewards which focus on appreciation. I presented the surprising (at least to me) data from Robert Maurer's book One Small Step Can Change Your Life: The Kaizen Way. That data and Maurer's discussion of it are the main innovations in this article, compared to other articles I've written on the subject.

I discussed Maurer and Kaizen in an article a few weeks ago.

If you truly want improvement proposals and ideas from employees and are open to them – show your appreciation. Show you value them. Remember that monetary rewards are not appreciation. Monetary rewards put everything on an exchange basis, and come from not understanding that employees care about their workplace.

If you are interested in professional help from me or my team, personally or for your company, the best way is to send a request through the Get in Touch form in my website (here).