This article presents  a Thesis for the Technion, written by Tamir noyman with Prof. Peter Bamberger as Instructor.

The purpose of this study was to examine the degree to which work-related factors may account for the variance in employee substance abuse in a typical, Israeli manufacturing firm.

The use of drugs and alcohol in the work place is receiving great attention from the research and application fields in the U.S.A, but there are no studies with findings about the magnitude of the problem and its frequency in Israel. The rationale for the basis of this study is composed of two conditions that exist in Israel, and they indicate that the work places are not immune to the problem. Firstly, the rate of consumption of drugs and alcohol in Israel amidst adults (ages 18-40) was in 1998 about 8% and is rising.  Recently, results of an epidemiological study in 2001 have been published and from it we can see a rise of 2.4% in usage of drugs amongst adults in Israel. Secondly, since the early 90’s, Israel has received the waves of many immigrants from the former U.S.S.R states and amongst these new residents, arrived many afflicted with alcohol abuse, at a level that this country has never seen before.

The waves of immigration to the country bring more and more people with a developed drinking culture. Data from a national survey that checked the pattern of alcohol consumption in Israel shows that the rate of alcohol consumption is significantly higher amongst the new immigrants in comparison to the veteran Israelis. The findings of the epidemiological study from 2001, shows as well the difference in the consumption rate of alcohol for the past year amongst immigrant adults and veterans: 11.7% compared to 10.1% respectively.

The costs of drinking problems as for the workers and for the employers in the U.S.A. are amazing: in the 80’s it was reported that the cost of damages from alcoholism for businesses in the U.S.A was 24-30 billion dollars. In 1998 the usage of alcohol cost the American economy about 167 billion dollars, where half this amount was from loss of productivity due to work accidents, absence from work and tardiness.

The research literature from the United States and Europe revealed several dominant job-related antecedents for drug and alcohol abuse in the workplace. Yet this issue has, to date, been neglected by Israeli researchers and practitioners alike. Accordingly, we proposed a psychosocial framework, focusing on four major risk factors: (1) peer norms (i.e., permissive vs. strict drinking culture), (2) alienation, (3) stress, and (4) policy enforcement.

The information that was collected through this study will be able to give updated information regarding the relative contribution of the different risk factors to the phenomena of drug and alcohol consumption in the work place.

On the implementation level, the contribution of the mentioned study is examined in three main aspects:

The first – building a unique data base that is the first in this area.

The second – exposing this problem in the industry that is being observed and elevating it to the surface.

this study strives to create a work place free from these afflictions in Israel. 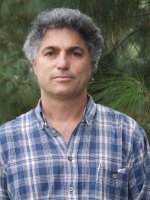 How to Promote Engagement and Get Employees Invested in Company Goals

How to Initiate Change and Deal with Objections