How many hoops does an employee have to jump through to get to a conversation with the CEO? How transparent are the CEO's activities to employees and company management? On the other hand, doesn't a CEO deserve privacy, and is transparency really necessary? These aren't simple questions, and I'm sure there's more than one answer to them.

The open door is actually sealed and almost impenetrable

Most CEO's I know sit behind sealed doors. The door is closed to most people, and anyone who passes probably sends a questioning glance towards it. In many cases, there is an electric lock on the door and there is almost certainly a department manager or secretary who will prevent invasion of the CEO's privacy, or disruption of the CEO's (honestly) loaded itinerary.

What message does a closed, perhaps encoded door send to company management and employees? We are so used to passing doors that are closed to unwanted interruptions that we don't even think about what effect it might have on the company.

In the past, during the twenty years I served as manager or CEO, I always said that my door was open to everyone. But, truly, any employee who wanted to talk to me had to arrange a meeting through my secretary, or barge into my office during evening hours.

Behind this closed door, I held many discussions I felt should be discreet. I assume most of you would agree with me that I did the right thing. Yet only lately have I discovered the power of a truly open door – the power of transparency.

Before I get into it, I'd like to present two extreme situations:

A few years ago, I worked with a company whose senior management would sit behind closed doors, with a coded lock, and nobody dared to ever knock on their doors. They, themselves, hardly left their offices, met almost nobody, even each other, and preferred to hide from reality.

The company seemed to run itself, but there were no miracles, and independent management was poorly conducted. The company almost went bankrupt and the bank began to have to dictate reality to them.

As of today, I've only met two CEO's (both company owners as well) who very successfully run their businesses (in advanced medical equipment) with healthy product and business development, and who work with transparent glass doors, just like in the image below. 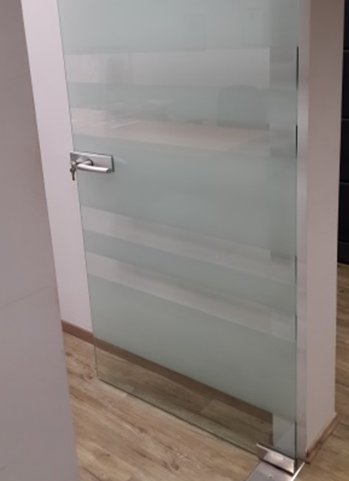 The door in the photograph is always open, especially when the CEO is out of the office or overseas.

One evening, I passed by the open door and the dark office and it came to me that the door was open and the CEO had left his office for home.

I checked all the offices in the company again. All had closed doors, and only the CEO's office was open. By the way, when he holds conference calls with overseas contacts, or meetings where he needs quiet, the door is closed, but it's made of transparent glass and hides nothing. Whoever passes by doesn't have to shoot questioning glances towards it like I'm used to seeing elsewhere.

The door is open and the transparency has helped me understand the power and special atmosphere I noticed at this company. The spirit driving everyone is uncompromising loyalty and motivation towards company objectives, teamwork, coherence and mutual assistance. No politics or collusions.

True, it does command a price for the CEO, perhaps, in the absence of privacy, but he profits greatly by the transparency in his employees' actions. This transparency penetrates every corner of the company. He benefits from the power of teamwork and knows he can rely on everyone.

I have no doubt that financial discussions or meetings on future strategy take place with small, designated teams, but not in secret.

The more transparency there is, the more power and ability the company has to motivate employees into winning teams and to safely endure the storms of economic reality, with its constant fluctuations.

From defining a job title to defining responsibility: How the right definition can solve interorganizational problems 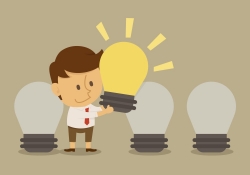 Failure Analysis: To Arrive at the Root Cause and Create a Solution with the Five Why Method