Fat cats: On fairness and it's effect on motivation and output

Last spring, we found a tiny, abandoned kitten and named him Richard. Our dog adopted him as her own and the children plied him with milk from a small bottle. Richard the kitten grew quickly and ate whatever he wanted, and to this day, he's the only cat who comes into the house to find food always at hand.

As with every spring, this year some kittens have been added to the group of cats we keep in our yard. This group of cats is in charge of making sure no rats or snakes are in the vicinity and for that they receive food to enable them to live well. However, they are never satisfied. A few days ago, I noticed that six-month-old Richard was the largest cat around, not only in comparison to the kittens in his own litter, but to all the cats in the group.

And then I remembered Aliza, who always received the benefits of those being close to the food dish

Aliza was an excellent packer in the large factory I once managed. Aliza worked very hard and packed quickly, excelling most of all in preparing the larger weight boxes with the internal bags, which were later filled with cookies.

There, she was awarded a very big bonus and was the talk of the factory. It was only a year after I took on my management position, when I had gained substantial trust among my employees, that they turned my attention to Aliza not working alone, but being part of a team.

What amazed me wasn't Aliza, but her managers. Someone prepared the work list and the list of bonuses, and was keeping quiet. Don't stop at the shift managers – this had been going on for years, and she always had her laborers who worked for her, and it wasn't a secret among the shift staff and management.

One might certainly say that it was known among all or almost all of company management.

And never mind the stories we hear about police officers and bribes. This was definitely not the case here. Aliza was simply a strong woman who knew how to get what she wanted without having to do anything extra for it.

How did this situation affect the other employees?

So, let's consider the employees who worked for her. Who were they mad at? Who did they curse in their heads every day, and especially on the 9th of the month, when the salaries were distributed – a day when everyone knew about the fat bonus that Aliza would get?

Most of their anger was directed towards the factory management.

These employees were just in this particular work shift, but there were other shifts as well. There was the shift of employees who once labored for Aliza, before the new rookies arrived, and there were also others who weren't affected personally, but who were angry at the unfairness and discrimination.

As Morton Mandel writes in his book "It's All about Who", if you want to be considered number one by your employees, they have to be certain that they are number one with you – and it begins in the way you treat them".

The emphasis isn't only on the way management behaves, but also on the employees knowing you have their backs.

Don't expect your employees to work with dedication and motivation, or to even care about the company, if they are angry at the lack of fairness and decency in their working environment. If we wish to hire employees for the company, to nurture their motivation and to harness them to efficient and improved output, we must first remove any obstacles.

And, as Morton Mandel writes, we must behave fairly, but our employees must also feel certain that we are doing so. 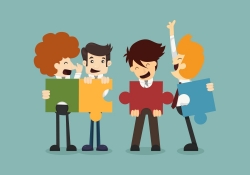 How to cope with employee absenteeism 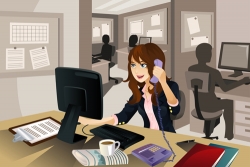 The Y Generation – Is there such a thing, and what does it say for the world of employment?